Open surgery has now been practiced for decades. It is used to treat life-threatening diseases, and it is also used electively for cosmetic changes of body parts. However, owing to technological advancements and an increase in the number of laparoscopic surgeon, laparoscopic surgery is now being preferred to open surgery.

How Does it Work?

In conventional surgery, the surgeon makes a large incision to gain a clear view of the tissues. In a laparoscopic procedure, a very small incision of up to 1.5 cm is made near the belly button area. The abdomen is filled with carbon dioxide so that the abdominal walls can expand, and the laparoscopic surgeon gets a better visual as well as more area to remove the tissue.

In open surgeries, the surgeon makes a big incision not only near the source to be removed but also in nearby areas to get a clear view of any other diseased cells or tissues. However, incisions also pose the risk of complications after the surgery. As opposed to this, laparoscopic surgeons do not have to make big incisions. A thin tube called the laparoscope is inserted into a small hole-sized incision. Using the laparoscope, the surgeon gets a clear view of the area to be targeted as well as the nearby areas. Since the incision is smaller, the area at risk after the surgery is reduced. Moreover, since fewer sutures are required to close the incision, the likelihood of the sutures opening or getting infected is reduced.

One of the biggest reasons why people are often reluctant to undergo surgery is the fact that the recovery time is long, severely compromising the quality of life. Those who undergo laparoscopic surgery often get discharged the same day and return to their activities and lifestyle sooner than those who undergo open surgery. Though they too require healing time, it is significantly lesser than what patients of open surgery require.

Surgery is painful, as one can imagine. Your body has been cut into, and it will take time for that portion and you to heal completely after that. Post-surgery, even simple tasks like walking, sitting, laughing, or eating become very painful due to the effect of the surgery. Since laparoscopic surgeons make a very small incision, the pain is always lesser as compared to open surgery. An added benefit is that the reliance on pain killers and other medicines is also reduced. Usually, painkillers cause fatigue and drowsiness. Due to the pain being lesser in laparoscopic surgery, the patient can be expected to move around and get back to their lifestyle much faster.

When you’re dealing with a life-threatening disease, your looks and the kind of impact a surgery might leave on your body would be the least of your worries. However, after you’re out of the woods and have made a complete recovery, the surgery scar might remind you of the ordeal you went through. Laparoscopic surgeries make smaller incisions; thus, the scar after the surgery is also smaller and takes less time to fade away.

Blood loss is the biggest risk associated with open surgery. With blood loss, an entirely new set of complications arise. Since the incision is smaller in laparoscopic surgery, the risk of blood loss is also reduced, thus eliminating a major risk factor. Laparoscopic surgeries eliminate the source of the disease without exposing the patient to blood loss.

No one enjoys an extended stay at the hospital. Thanks to laparoscopic surgeries, the duration of your hospital stay is cut down. You can recover in the comfort of your home surrounded by your favorite things and your loved ones. Due to the incision being small, the doctors don’t need to monitor you and your incision round-the-clock as it would’ve been the case with conventional surgery. Sometimes being at home and with the right people can provide all the healing which the sterilized hospital environment can never do.

A conventional surgery’s biggest threat is that it compromises the other internal vital organs like the liver, lungs, and kidney due to blood loss during surgery or any other complication which may arise since a portion of your body remains exposed. With laparoscopic surgery, the area at risk is also smaller, ensuring that the other surrounding organs are not at risk of infection or complication.

MF vs FD Which One Should You Choose? 

Why Are Animals Used in Medical Research?

How Employers Have Adapted to a Post-COVID19 World 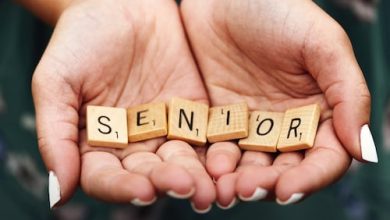 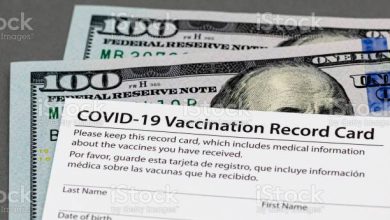