There are many different types of pollution. Though all are harmful to plant and animal life, including humans, some are much more toxic than others and the effects of their pollution can be felt for generations.

Here is a closer look at the most harmful types of pollution and how they affect wildlife, human life, and the local ecology and economy.

This is by far the worst type of pollution. Though not as visible as an oil spill, radioactive waste causes far more pollution across the world. It is hazardous for tens of thousands of years, making any containment temporary. This type of pollution will outlive us all and will even outlive the human race itself.

Man-made mercury poisoning is the result of electricity production from coal-fired power plants, mining operations, and the production of concrete. Once released into the environment it begins to accumulate in the soil, air, and water. From here it can poison the land and the creatures that feed from it, including human beings.

Even with all the measures that have been taken to reduce the emissions from tailpipes and chimneys, the air quality in cities and urban areas is still toxic. It is thought to be responsible for a number of health problems in adults and children, including asthma and pneumonia. Los Angeles, Beijing, Mumbai, and Cairo have some of the worst quality air in the world, mostly from vehicles and heavy industry.

This type of pollution devastates areas, causing environmental damage that can take decades to clean up. Oil spills can take whole populations of birds and marine life, including fish, out of the food chain. Spills also devastate local economies. Romanucci & Blandin are experts in environmental tort litigation and can help local businesses and families get the compensation they need from those responsible to help rebuild their lives and their local economy.

Despite our best efforts, humans keep creating new kinds of pollution. Plastics have been dumped into the ocean or into landfill sites and begun to biodegrade. This pollutes both land and sea as the oils used in plastic production seep out into nature and leave microscopic pieces of plastic behind, known as microplastics. These are being found in the stomachs of sea birds, fish, and land mammals and are making their way into the food chain. Microplastics have already been found in some humans.

Farms have become dependent on fertilizers and pesticides to grow their crops. These chemicals have seeped through the soil into groundwater, spreading their pollution far and wide. The pesticides and fertilizer lead to an ‘algae bloom’ in the waterways and tributaries that supply local populations. The algae starve the water of oxygen, killing fish and other creatures that live there and creating ‘dead zones’ where no animal life can survive.

These types of pollution are incredibly harmful to life on this Earth. We need to take stronger steps to contain it and clean it up if we are going to preserve this planet for future generations.

Rolex Gold Watches: A Guide To Choosing The Perfect Watch 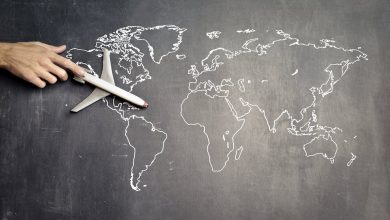 How To Stay Ahead in The New Normal World of Work